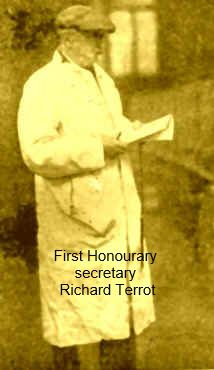 The first Barbu D’Anvers were imported by J F Entwisle after the Paris exhibition in 1900, but Belgian bantams made no real impact on the English until the year 1911 when fanciers from Belgium staged a magnificent display of Belgian bantams at the Crystal Palace.
The display consisted of breeding pens of Belgians staged on the floor in rectangular wire enclosures decorated with flowers. The bantams were made up of Barbu d’Uccles, Barbu D’Anvers, Barbu de Grubbe and Barbu D’Everberg. The main colours were porcelain, millefleur and white in the feather legged and black, white, cuckoo, spangled (mottled) and quail in the clean legged.
The Belgium fanciers returned the following year to stage another display, by this time several English fanciers had taken up the breed, many of the birds from the original display had been purchased. The Belgian fanciers charged high prices, £50 or more for a pen of 5 birds and so more birds were purchased from Germany initially where prices were cheaper.
Such was their popularity that a breed club was formed in 1915, the first Honorary Secretary was one of the early breeders Richard Terrot. Following their initial popularity the Belgians declined in numbers during the 1st world war and into the 1920s, both the rumpless varieties virtually disappearing. The club was in a poor financial state and few classes could be supported. In the 1920’s and early 1930’s with few breeders the type suffered. One breeder Mr Kenneth Ward did continue to breed successfully.
The breed took off again in 1934 with John Sears becoming the clubs second Honorary Secretary and Mr Ward, President. John Sears had started keeping millefleur D’Uccle around 1926, he quickly took up all the other colours in D’Uccle and in D’Anvers. He became the leading exhibitor at the shows along with Kenneth Ward and after Kenneths death with his son Cecil.
Charles and Veronica Mayhew began breeding both Barbu D’Uccle and Barbu D’Anvers in the mid 1950’s. The Mayhews showed consistently at the Dairy, National and Club shows in the 1960’s when the awards were regularly split evenly between themselves, John Sears and Cecil Ward. During the 1960’s and 1970’s there was renewed interest in the Belgians and entries at the Club show increased to a record 218 birds.
Veronica became the clubs third Honorary secretary in 1971. By 1980 Veronica was giving increasingly more time to the club and with the help of various members produced a 50 page Handbook for the club. It was well received both at home and abroad and it naturally generated a lot of interest in the breed. There followed a noticeable surge in demand for stock.
Throughout the 1980’s this enthusiasm was maintained, although the D’Uccles began dropping in numbers and the Watermael, which had been recently been imported, only just held their own. However, the D’anvers attracted several new fanciers and small blacks imported from the continent encouraged breeders to aim for smaller, shorter backed birds. Membership of the club gradually increased to over 150, though no members bred on the scale of John Sears or the Ward family.
The club organised its 1st ‘standalone’ show at the Easington Scout Hall, Banbury on 11th May 1986, judges were Charles Mayhew, Veronica Mayhew, Alan Davies, Caroline Chadwick (Hadley) and Richard Billson there was an entry of 150 birds.
Veronica Mayhew resigned from the position of Secretary in February 1995 and Colin Gullon took over. In 1998 Amanda Brown was elected secretary but due to ill health had to resign and Graham and Sandra Holdesworth became joint secretaries. 2000 saw the publication of the handbook ‘Belgian Bantams’ written and edited by Veronica Mayhew, a reference still in use to this day. Their hard work continued to push the club forward and in 2000 the club held a special millennium show as its club show at Reading show. In 2004 Joseph and Marlena Templeman took on the roles of Secretary and Treasurer. Joseph with his excellent I.T skills created our first website, which made the club assessable worldwide. Graham took over the role of President. The membership has remained steady around the 170 mark.
Joseph and Marlena continued in the Secretary/Treasurer roll till 2009, during their period in office all the clubs records were kept on computer.
When they retired all the records were transferred to disc, making it easy for future secretaries. Robert and Julia Rees held the position until 2010 when Nicki Firth took on the roll of Secretary and Lorna Luckhurst (Mew) took on the Treasurer position.
In 2012 plans started to be made for a special event to mark the clubs 100th anniversary. A special Belgian only show was decided upon, and the venue of Southport and Ormskirk Bantam Society show hall was agreed and the date 31st January 1st February 2015 was finalised.
The Centenary show was a weekend that those Belgian club members who attended will never forget. An entry of over 500 Belgians on show and a party atmosphere. A Gala dinner was held on the Saturday night at the Prince of Wales Hotel, Southport. The club also continued its 100th celebrations that year at the Club Show at Newbury, the National Show and the Federation with special commemorative rosettes and glassware. 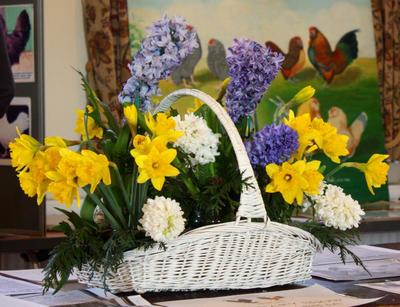 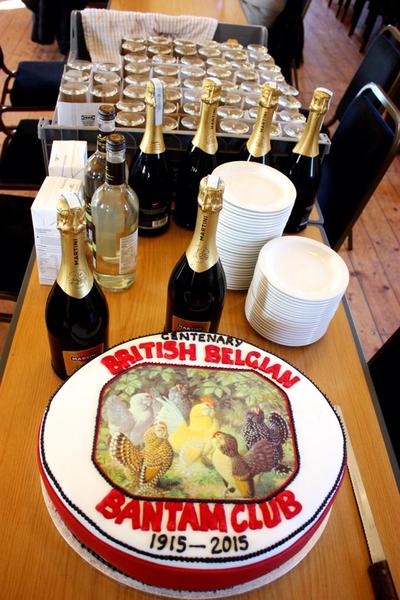 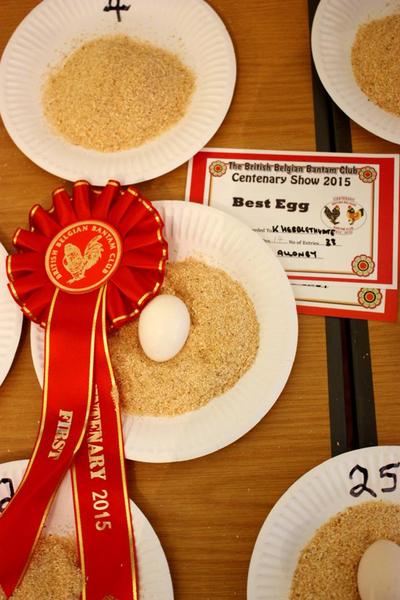 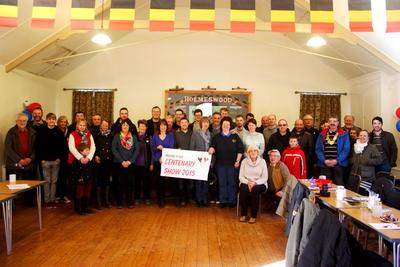 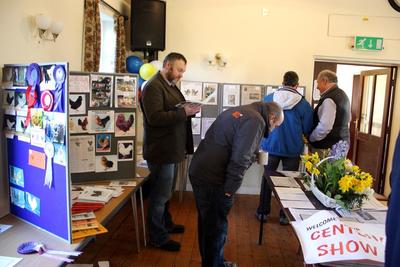 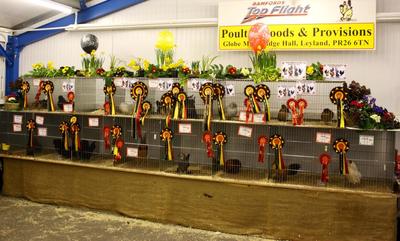